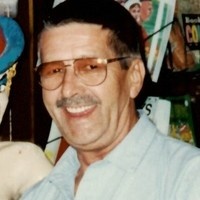 Willis “Willie” Wolfswinkel, age 80, of Amboy, passed away on February 1, 2020 in the Mapleton Community Home.  The family is planning a Memorial Service on Friday, February 7, 2020 at 4 PM at the First Baptist Church in Winnebago.  Visitation one hour prior.  Spencer Owen Funeral Home.  www.SpencerOwen.com

Willis was born July 20, 1939 in Hull, IA. He served in the US Navy as a Jet Mechanic, flew helicopters and did water rescue from the helicopters into the ocean during the Vietnam Era.

He sold insurance for many years, He also drove truck with his wife for J&R Schugel CO as a team driver. Willie logged over a million miles. During one of his drives, He is credited for saving two teenage girls from a prostitution ring, this put him on National TV.  He worked part time for Don Grover of Amboy before retiring.

He loved to play Pool, and ride motorcycle. He built the Country Dining Cafe in Amboy.

Preceded in death by his parents, son, sister and two brothers.

To order memorial trees or send flowers to the family in memory of Willis Wolfswinkel, please visit our flower store.