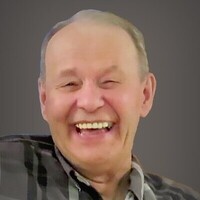 William Ernest Rennpferd, 78, of Mapleton, passed away Saturday, June 27, 2020 at the Mapleton Community Home in Mapleton surrounded by his loving family.

There will be a private service on Wednesday July 8, 2020 at 3:00pm. Interment will be in the Vernon Center Cemetery. The service will be live streamed on the funeral home website. Spencer-Owen Funeral Home is entrusted with arrangements. www.spencerowen.com

Bill was born March 4, 1942 to William and Alice (Kienholtz) Rennpferd in Winnebago.  He was a life-long member of the Amboy United Methodist Church where he was baptized and confirmed.  He graduated from Amboy High School in 1960.

Bill suffered a brain aneurysm at the age of ten which left him partially paralyzed. Even this didn’t slow him down. He farmed with his father and later his cousins, Fred and Dave, until 1990. He enjoyed people! He loved visiting with family and friends; always found an appropriate (or inappropriate) response in every situation.

Bill entered the Mapleton Community Home on several occasions for various health issues. He made some long-lasting friends there and treated the nurses like family. Some even snuck in a beer or two while watching wrestling with him.  He was always the bright spot in everyone’s day. All who knew Bill were enriched by his friendship.

Bill, along with his sister Bonnie, was a very strong supporter of the town of Amboy.  Bill will be remembered for his kind heart, and huge smile.

Bill was preceded in death by his parents; sister Bonnie; cousins, Bruce Blakesley, and Fred Dase.

To order memorial trees or send flowers to the family in memory of William Ernest Rennpferd, please visit our flower store.