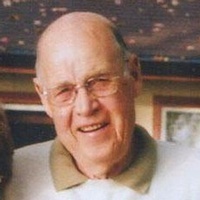 Wayne “Bing” Crosby, age 84, of Winnebago, died at home Jan. 22,2019.   Visitation will be from 4-7 PM Friday Jan. 25, 2019 at the Spencer-Owen Funeral home.  Funeral service will be on Saturday Jan. 26, 2019 at 10 AM at the Lutheran Church of Our Savior, Winnebago. Additional visitation one hour prior to the service. Interment will be at Rosehill Cemetery, Winnebago. Spencer-Owen Funeral Home is entrusted with arrangements. www.SpencerOwen.com

Wayne Frederick Crosby was born to George and Anna (Freed) Crosby on Dec. 2, 1934.  He grew up and attended high school in Winnebago, graduating in 1953.

Bing married Lila Canon on Oct. 1, 1960. Together they owned and managed Crosby Oil Co. Wayne was the mayor of Winnebago for three terms, was a volunteer fireman, and worked for Spencer-Owen Funeral Home.  He was an active member of the Lutheran Church of Our Savior and inducted into the Winnebago Hall of Fame in 2017.  Wayne’s hobbies included fishing, hunting, and woodworking.  Most important to him were faith, family, and friends.

To order memorial trees or send flowers to the family in memory of Wayne "Bing" Fredrick Crosby, please visit our flower store.