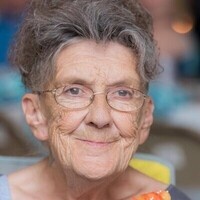 Trudie Poulson, age 71, of Winnebago died June 6, 2020 at her home.  A Memorial service is being planned for a later date. Spencer-Owen Funeral Home is entrusted with arrangements. www.SpencerOwen.com

She graduated from Truman High School. Trudie worked retail services at a convenience store. She was married to George Poulson and later divorced. Trudie was the mother of 2 sons and 3 daughters.

Trudie is survived by her sons, Jesse Poulson of Slayton, Tim Poulson of Winnebago, daughters Nannette Peterson, Kija Mitchell, and Nakia Poulson all of Sherburn; sister Vicki Koestler of Fairmont; 13 grandchildren and 19 great-grandchildren.

She was preceded by her parents, stepfather, Clarence Greedes and husband George Poulson.

To order memorial trees or send flowers to the family in memory of Trudie Poulson, please visit our flower store.