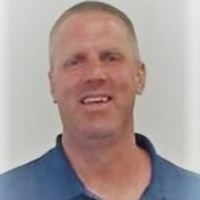 Timothy Joseph Alleven, 53 of North Mankato passed away peacefully at his home Monday February 25, 2019. A celebration of life will be held 11AM Friday March 1, 2019 at St. Mary’s Catholic Church, Winnebago with Father Andrew Beerman    officiating. Visitation will be Thursday February 28 from 5-7pm at Spencer-Owen Funeral Home and one hour prior to the service at the church. Burial will be at a later date. Online condolences can be left at www.spencerowen.com

Tim was born July 8, 1965 in Winnebago, MN to Anthony and Leta (Lust) Alleven. He attended and graduated from Granada-Huntley High School in 1984. He then joined the work force and held several jobs throughout the years, Martin County Highway Dept being the longest and Kato Engineering being the most recent.

On June 13, 1987 he married Kim Niss in Fairmont, MN. They were blessed with their beautiful daughter Ashley.

Tim was a very intelligent, hard working man who valued his family and every moment he got to spend with them. He enjoyed going on walks and bike rides, watching football and indulging in pizza and ice cream whenever he could. He was well liked by all that had the opportunity to know him and will be dearly missed.

Preceding him in death are his grandparents; Anton & Bertha Alleven and Virgil & Rosalia Lust as well as several aunts and uncles.

To order memorial trees or send flowers to the family in memory of Timothy Joseph Alleven, please visit our flower store.