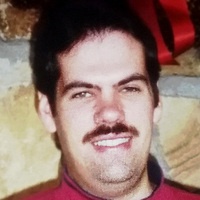 Ronald S. Kinney, age 55, of Faith, North Carolina, formerly of Upper St. Clair, Pennsylvania, passed away unexpectedly after a 20-year battle with Muscular Dystrophy on Friday, November 27, 2020. Ronald was the beloved son of Ronald L. and Marlene M. (Gabel) Kinney; loving brother of Andrew Kinney; and nephew of Doug Gabel and the late Jack Gabel and Catherine (Gabel) Troost. He is also survived by many cousins.

Before being struck-down by his illness, Ronald was a special education teacher in both Salisbury and Charlotte, North Carolina school districts. He was a life-long avid Pitt fan, who would do just about anything to see a Pitt Football game. Ronald earned multiple degrees in economics and education from the University of Pittsburgh and California University of Pennsylvania. Despite his illness, Ronald continued to live an independent life right up until the end.

Funeral services will be held at 2pm on Saturday, December 5, 2020 at First Presbyterian Church in Winnebago, Minnesota with visitation one hour prior to services at church. Burial will be held at Riverside Cemetery in Winnebago, where he will be interred with his grandparents at the Kinney family plot in Winnebago Riverside Cemetery. Memorial contributions are suggested to the Muscular Dystrophy Association, https://mda.donordrive.com. Web tributes can be left at www.spencerowen.com.

To order memorial trees or send flowers to the family in memory of Ronald Scott Kinney, please visit our flower store.