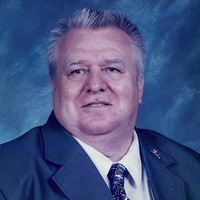 Roger A. Ross, age 75, of Winnebago, Minnesota, passed away on Tuesday, February 18, 2020 at United Hospital District in Blue Earth.

A private family burial will be held in the spring at Riverside Cemetery in Charles City, Iowa.

Roger was born on February 7, 1945 in Charles City, Iowa to Marvin and Rossella (Arndt) Ross. He attended grade school in Colwell, Iowa before attending and graduating from Charles City High School. After graduating, he worked at White Farm Equipment. He later worked delivering papers. Roger got married and had three beautiful children.

He loved to cook, and his children loved his potato pancakes. Roger also enjoyed canning, gardening, fishing, playing cards, and watching the Minnesota Twins. He was a member of Lutheran Church of Our Savior in Winnebago.

He is preceded in death by his parents; two children, Brian and Tina Ross; brother, Marvin Ross; and sister, Teri Ross.

To order memorial trees or send flowers to the family in memory of Roger A. Ross, please visit our flower store.