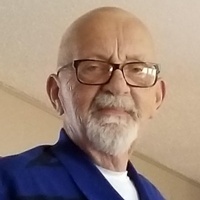 Robert John Meinert, of Winnebago, passed away on Tuesday, January 1, 2019 at Mayo Clinic Health Systems-Fairmont, at the age of 73.

Funeral Service will be held on Tuesday January 8, 2019 at St. Paul’s Lutheran Church in Truman at 10:30AM with Rev. Nathan Rusert officiating. Visitation will be from 4-7PM on Monday January 7th at Spencer Owen Funeral Home in Winnebago. Additional visitation one hour prior to the service at the church. Interment will follow in Riverside Cemetery in Winnebago.

Robert John Meinert was born August 14, 1945 in Sleepy Eye, MN to Lloyd and Erna (Koch) Meinert. He was baptized and confirmed at St. John’s Lutheran Church in Sleepy Eye.

He was raised on a farm Northwest of Sleepy Eye, where he attended country grade school and attended 7-8 grade at St. John’s Lutheran school in Sleepy Eye; graduating from Springfield High School in 1963. He enlisted in the Army National Guard and served until his honorable discharge in September 1969.  He married Kathleen Ann Anderson on August 6, 1967 at Zion Lutheran Church in Hanska.  For the first few years of their marriage they lived in Hanska and Marshall before moving to Winnebago in July 1969. He was the engineering clerk for Interstate Power Company from 1969 to 1992, he then took a manager position in Sherburn with them where he stayed until 1995, returning to Winnebago until his retirement in 2000. Robert was also a driver for Espeland Van Service and AMV. He retired on April 1, 2013.

He enjoyed watching sports on TV, going to auctions and garage sales, as he was an avid collector of anything he had more than 3 of.  He especially enjoyed spending time with his family.

Preceded in death by his parents, Lloyd and Erna Meinert, parents-in-law Alvin and Marvis Anderson and other relatives and friends.

Memorials may be made to St. Paul’s Lutheran Church in Truman, Martin Luther High School or a donor’s choice.

To order memorial trees or send flowers to the family in memory of Robert John Meinert, please visit our flower store.