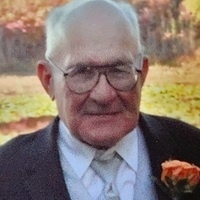 Raymond was born on June 16, 1938 in Mankato to Alvin Raymond Henry and Pansie (Holbrook) Schenk.  He attended and graduated from Winnebago High School. Raymond worked in construction and on the farm  all of his  life.

Raymond had an infectious  laugh that would get everyone’s attention and  inject that laughter into all of those around. He had a knack for always being the loudest in the room as he wanted everyone to know he was there. He worked hard all of his life which he shared that commitment to working hard with his kids.  The endless hours cutting wood to the stacking of hay bales and tearing down of old buildings.  He was a man of his word and would let you know how things should be done, even if you didn’t agree with it.  He loved his family and looked forward to the time he was able to spend with them.

Left to treasure his memory are his children, Andrew Schenk and his wife Tara of Winnebago, Tammy Montanye and her husband Mike of Faribault; grandchildren Lilyan, and Draven; siblings, Helen, Sally, and Marion; as well as many nieces, nephews, extended family and friends.

Raymond  was preceded in death by his parents, Alvin Raymond Henry and Pansie Schenk, brother Henry Schenk  and a granddaughter, Emily Schenk.

To order memorial trees or send flowers to the family in memory of Raymond H. Schenk, please visit our flower store.