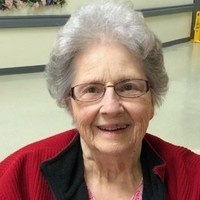 Norma D. Winter, age 90, of Winnebago, passed away on Tuesday, March 31, 2020 at Heartland Senior Living in Truman. Memorial services in honor of Norma will be held at a later date. Burial will take place at Riverside Cemetery in Winnebago.

Norma Delene was born on July 29, 1929 in Greentop, Missouri to Hugh and Nina (Selby) Pearce. She attended school in Missouri before running off at the age of 15 to be with her love, Harlan Martin. The two were married in Oklahoma in 1945. The couple raised two boys on the farm before moving north to Minnesota. Norma became a hair stylist and eventually owned multiple salons in the area, in Austin, Winnebago, and Amboy. She also became a nurse's aide and then a certified medical assistant. Norma also worked seasonally doing taxes for H&R Block. After Harlan passed away, Norma married Earl Winter in Winnebago.

Norma was a member of the Winnebago Baptist Church. She also served two terms for the Winnebago City Council. In earlier years, she enjoyed camping and fishing with her family. Norma had a great sense of humor and was a hard-working woman.

Norma is survived by her son, Ron (Kerry) Martin of Winnebago; 4 granddaughters, Brenda, Bridget, Brandi, and Tayna; many great-grandchildren and some great-great grands; and many more nieces, nephews, friends and family.

She is preceded in death by her first husband, Harlan; second husband, Earl; and son, Gerrel Martin.

To order memorial trees or send flowers to the family in memory of Norma Delene Winter, please visit our flower store.