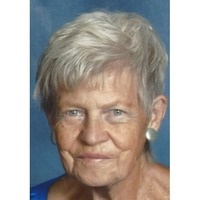 Marianne (Reder) Scholl, age 85, passed away in her home on May 16, 2020.  Marianne requested a private graveside service with family.  Spencer-Owen Funeral Home is entrusted with arrangements. www.SpencerOwen.com

She was born February 13, 1935 to Henry and Alvena Reder in Chicago, IL and spent her childhood in Lakefield, MN with her two brothers and one sister. She graduated from Lakefield High School in 1953.  After high school, she worked at the Mankato Clinic in record keeping. Larry and Marianne were united in marriage on May 29, 1961.  They lived on the family farm in Winnebago, MN where they made a life together raising their two boys, Bradley and Bret.  During this time, Marianne worked as a secretary at Frundt and Hibbs Law Firm and then Johansen and Johanson Law Firm.  Marianne loved her gardens, quilting, reading, collecting books and clipping articles about flowers, quilting and recipes.  She also enjoyed traveling, golf and playing cards in her retirement. Her hands were rarely still.

Marianne is preceded in death by her parents, stepmother, two brothers, a brother-in-law and a sister-in-law.

Any gifts or memorials may be sent to UHD Hospice Blue Earth, Catholic Charities or any charity of choice.

and let perpetual light shine upon her.

May she rest in peace. Amen.

May her soul and the souls of all the faithful departed,

through the mercy of God, rest in peace. Amen

To order memorial trees or send flowers to the family in memory of Marianne Scholl, please visit our flower store.