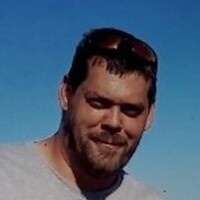 Loren Vosberg, Jr. age 38 of Winnebago passed away Tuesday October 26, 2021. A memorial visitation will be held Friday November 12 from 4-6PM at Spencer-Owen Funeral Home. Online condolences can be left at www.spencerowen.com.

Loren was born August 30, 1983 in Redwood Falls to Loren Sr and Marilyn (Busswitz). He graduated in 2002 from Blue Earth Area High School. In 2003 he married Angela Gleason, they later divorced but share two of the most important people in Loren’s life, his sons.

He enjoyed working on John Deere tractors and spending quality time with his family. He was most recently employed at Garden Court Apartments in Winnebago in maintenance.

Those left to cherish his memory are his parents, Loren and Marilyn of Winnebago, his boys; Jayden and Kolten of Winnebago, sisters; Renae Emkes of Montevideo, MN, Leslie Blanchard of Newport, MN, Malinda Busswitz if Slayton, MN and Crystal Vosberg of Emmons, MN, his nieces; Kaylee and Amelia Warner and nephew; Colin Buzzwitz, as well as many other extended family and friends.

He is preceded in death by his grandparents, an uncle and a cousin.

To order memorial trees or send flowers to the family in memory of Loren Vosberg, Jr., please visit our flower store.