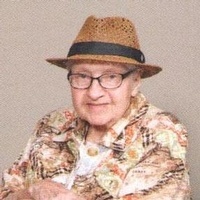 Lois Jean Mauris, age 87, passed away on Sunday, April 28, 2019, at the Mapleton Community Home, surrounded by her children. Visitation will be held on Friday, May 3rd, 4pm-7pm at Spencer-Owen Funeral Home, Winnebago, Minnesota. A Mass of Christian Burial will be held at St. Mary’s Catholic Church, Winnebago, on Saturday, May 4th at 9:00am, with Fr. Peter Klein officiating. Visitation one hour before the service. Web tributes may be left at www.spencerowen.com

Lois Jean Angle was born near Wesley, Iowa on November 15, 1931 to Harry and Fannie (Gift) Angle, and was the youngest of 13. Mother was raised and lived on farms in the Titonka, Britt, Woden, and Swea City areas. Even with such a large family, they always had clean clothes to wear, food to eat, and the love that came along with it. Mom had many stories to tell of the antics, hardships, and fun that came from being part of a large family. Milking cows, helping her dad in the vegetable garden, driving tractor and babysitting for the many nieces and nephews that came along, were some of her fondest memories of childhood. When her mom and dad moved to Fairmont, mother stayed in Iowa with family friends to finish her last two years of school, playing on the girls’ basketball team and graduating from Grant Consolidated in 1949. She was voted best player in Kossuth County her senior year of High School. Upon graduation, she attended Mankato Commercial College, and was hired at the First National Bank in Winnebago as a teller. This is where she met Dad, who also worked at the bank as an examiner. They were married September 6, 1952 at St. Mary’s Catholic Church in Winnebago. They remained in Winnebago where she and dad worked together at the bank, and later alongside each other, building up the accounting business. As a family we had lots of tenting, fishing and camping trips up north, South Dakota, Michigan, Illinois, North Dakota, Canada, and Mexico while we were growing up. Mother and Dad loved going up to northern Minnesota, and for many years would take a fishing trip to LeCuyer’s resort along the Canadian border in September to celebrate their anniversary. They took a six-week camper trip to Alaska, visited Germany and Mexico, and traveled other places in the US over the course of their lives together. During our childhood years we lived in the big yellow house on Cleveland Avenue, before making the move to the apartment above the accounting office in 1971. In 1965 mother was diagnosed with breast cancer. Just knowing she had a 7, 3, and 2-year-old at home to raise, she was determined to get better and beat this thing called cancer. She found her passion in life when she started selling Stanley Home Products, and for almost 50 years believed in, promoted and sold household cleaners and brooms door-to-door, at home show parties, and the county fairs. She worked her way up to district director, signing up new recruits, building up confidence, and promoting a product that she believed in. She always had fundraisers in the spring and fall to help out ARC, because of a nephew and niece that had challenges. Mother was a people person, could sell anything, and met so many people along the way. She won many awards and trips thru the company because of her sales achievements. She retired in 2016, after the company closed. She faced many health challenges in her own life, but was there for all of her sisters and her dad when they battled their own diagnosis of cancer. After dads passing in 2010, cancer returned in 2012, this time a much more aggressive one. She went thru chemo and radiation with a positive attitude, spunk and determination, because her goal was to see all of her grandchildren graduate-and she did. She lived at home until her fall in early December, and then moved to the Mapleton Community Home in January 2019, where she passed away on Divine Mercy Sunday, April 28th, surrounded by her three children. She was a member of the American Legion Auxiliary, St. Mary’s Rosary Society, Parker Oaks Auxiliary, Red Hat Society, card clubs, and The Lois Club. She was a Girl Scout Leader for many years, and famous for her bean burgers. In 2016 she was inducted into the Lucky Lanes Bowling Hall of Fame.

In lieu of flowers, memorials can be directed to St. Mary’s Cemetery, Winnebago Area Ambulance, and ARC.

To order memorial trees or send flowers to the family in memory of Lois Jean Mauris, please visit our flower store.