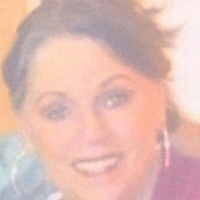 Linda Kingstrom of Winnebago passed away on July 1, 2018 at St. Mary’s Hospital in Rochester at the age of 67.

Linda “Lin” Harrington was born on May 28, 1951 to Donald and Eunice (Grams) Harrington in Sleepy Eye, MN. In 1969 she graduated from Cambridge High School.  During her high school years, she was in many plays and musicals.

On November 18, 1978, Lin was united in marriage to Charlie Kingstrom.  They moved to Winnebago, where they have resided for 43 years.  They were blessed with two children, a daughter Abbie and son Brady.  Lin was in sorority and was a skin care consultant for many years.  She took pride in decorating and cross stitching.  She loved to travel, sing, play games and spend time with friends and family.

Lin was preceded in death by her parents, and father-in-law John Kingstrom.

To order memorial trees or send flowers to the family in memory of Linda Joanne Kingstrom, please visit our flower store.