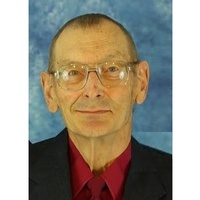 LEROY ROBERT JENKINS, age 75, of Winnebago, died Thursday, January 25, 2018, at his home. A funeral service will be 11:00 am, Saturday, June 16, 2018, at the Lutheran Church of Our Savior in Winnebago with Rev. William Sabol officiating.  Web tributes may be left at www.spencerowen.com LeRoy was born September 21, 1942, in Mankato, the son of Everett and Agnes (Sonnebend) Jenkins. He served in the U.S. Navy and was honorably discharged. While serving in the Navy, LeRoy married Sharon on September 26, 1964 in the British Overseas Territory of Gibraltar with a ceremony following in Rota, Spain.  They were blessed with the birth of their son, Dean, in 1966. After his time of service, LeRoy attended Mankato State University and earned his bachelor’s degree in industrial technology.  While at school, he worked for Jones Sheet Metal in Mankato, MN.  He later worked for Telex in Blue Earth, MN.  In 1977, he took over Sharon’s family farm, when her father passed away.  He later also farmed his family’s land after LeRoy’s father passed away. LeRoy was an active member of the Lutheran Church of Our Savior, Winnebago, MN where he seldom missed a Sunday Divine Service.  He served many years as a Deacon, until he stepped down due to health issues.  In early 2015, LeRoy was diagnosed with acute leukemia. The doctors expected he would only have weeks to live.  By the grace of God and the care of the Mayo Clinic, LeRoy lived three years after that initial diagnosis.  LeRoy is survived by his wife, Sharon Jenkins of Winnebago, son, Dean (Lori) Jenkins of Buffalo, SD, brother, Eugene (Ruth Ann) Jenkins of Coon Rapids, sister, Julaine Radiel of Loveland, CO, sister, Nadine Teske of Blaine, MN, granddaughter, Sierra Jenkins of Brookings, SD, grandson, Dalton Jenkins of Rapid City, SD.
To order memorial trees or send flowers to the family in memory of LeRoy Robert Jenkins, please visit our flower store.