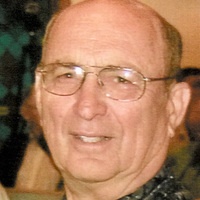 George Laurence (Larry) Stevens, 83, went to be with his Lord and Savior Jesus Christ on March 22, 2021. At the time of his passing, he was a resident at Ecuman Pathstone Living in Mankato, MN. Funeral services will be held Friday March 26 at 2pm at New Creation Church in Mankato with Rev. Dave Laughlin officiating. Visitation will be one hour before the service. Burial will be at Pleasant View Cemetery in Amboy. Online condolences can be left, and a live streaming of the service can be viewed at www.spencerowen.com

Larry was born July 4, 1937 to George (Steve) and Dora (Stiles) Stevens in Mankato, MN and graduated from Amboy High School in 1956.

He married his sweetheart, Janice Poole of Winnebago on August 8, 1958. Larry and Janice were blessed with three daughters and one son. They raised their children on the family farm west of Amboy. Larry and Janice also spent numerous winters with friends in Arizona.

Family was always Larry’s top priority, but he also had many interests and pursuits. He had a love for business and was an entrepreneur. Larry enjoyed working on the family farm, which led to the beginning of Stevens Seed Farms in 1969 and later Amboy Express trucking and Shady Oaks Storage. Larry also devoted his time and talents serving in various church functions. He was an active participant in supporting many charities and making an impact, with the Lord at his side. In his spare time, Larry loved traveling, fishing, stamp and coin collecting, bulldogs and anything Minneapolis Moline.

Larry is preceded in death by his parents, his wife Janice, sister Barbra Toay, brother Jim Stevens and his father and mother-in-law Jesse and Irene Poole.

The family requests those who wish to express their sympathy consider making a donation to his favorite charities; KJLY (Kinship Christian Radio) in Blue Earth or the Genesis Classical Academy in Winnebago.

To order memorial trees or send flowers to the family in memory of Larry Stevens, please visit our flower store.