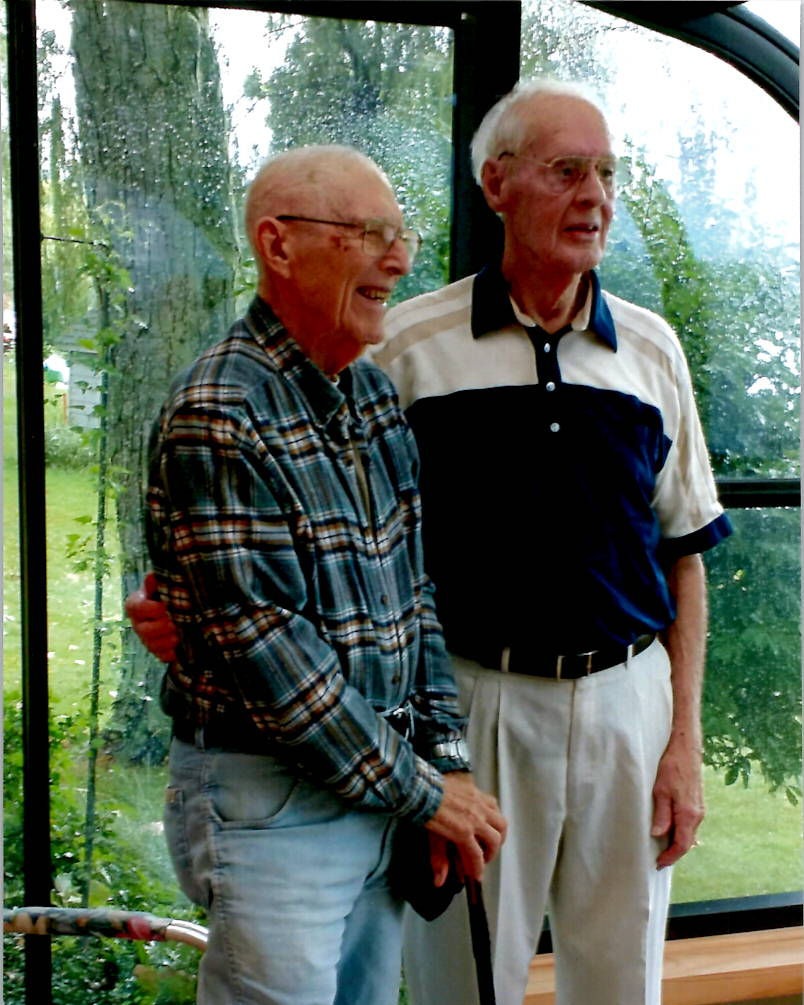 Kenneth L. Schutt, Jr., age 100, passed away peacefully under the care of UHD Hospice at the Heartland Senior Care Center in Winnebago, MN on Friday December 9, 2022

Ken was born to Kenneth and Ollie (Hackbarth) Schutt Sr., in South Bend, Indiana, on November 14, 1022. He grew up in Mishawaka, IN.

Ken was a June 1941 graduate of Mishawaka High School and of the University of Washington, Seattle in 1949, with a BA degree in Economics and Business.

He served in the Army Air Force as a second Lieutenant aerial navigator from August, 1943, to March 1946.

Helen Richardson and he were married in Washington state in 1945. They were the parents of two daughters, Carol Jeanne and Barbara Joan. They lived in the state of Washington until moving to Winnebago in July of 1956. Ken and Helen were later divorced.

Ken worked as the plant manager of the Stokely Van Camp, Inc. in Winnebago until is closed in May 1979. He was then transferred to the Stokely Van Camp plant in Fairmont as superintendent. The Fairmont plant was sold to United Foods, Inc. in October 1982 and his position remained the same, until his retirement in 1984.

Community involvement was important to Ken. His past commitments included chairman of the early Winnebago City Planning Commission, member of Winnebago Chamber of Commerce, a member of the first Presbyterian Church and was a session member and clerk, president of Riverside Town and Country Club. He served on the United Hospital District board of directors, including 5 years as chairman, and was on the board at the first National Bank in Winnebago. He had been a member of the Blue Earth Toastmasters Club.

Following their retirement Ken and Barb enjoy many summers at their lake home in Southern Michigan.

Ken enjoyed a lifetime love of automobiles owning a variety of sports models. Barb and he work many years rebuilding a 1934 Rolls Royce. He enjoyed golfing, traveling, driving to destinations, winter stays in Florida, and staying in contact with extended family and friends.

A highlight of Ken’s later years was the exciting honor flight to DC. Ken attended his 100th birthday party and enjoyed the afternoon of good wishes.

Ken’s friendly demeanor and love of life will be missed.

In lieu of flowers, memorials in Ken's name would be appreciated to the Winnebago swimming pool, the Winnebago Museum, First Presbyterian Church of Winnebago or UHD Hospice.

To order memorial trees or send flowers to the family in memory of Kenneth Schutt, please visit our flower store.