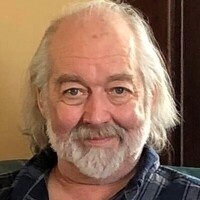 Karl George Reuter, age 65, passed away at his home in Amboy on Friday, October 16, 2020. A Mass of Christian Burial will be held at St. Teresa Catholic Church in Mapleton on Thursday, October 22nd at 11am with visitation one hour prior to the service at church.

Karl was born on December 9, 1954 in Mankato to Karl Edward and Delores (Goettl) Reuter. He attended school in St. Clair before furthering his schooling at Votech in North Mankato. Karl worked as an auto body repairman for over 30 years, managing several shops in the area. He was also a dedicated farmer for most of his life. Karl married Kelly Jo Dethloff on May 15, 1976 at the St. Clair Catholic Church. He was a member of the Amboy Fire Department for 25 years.

Karl was a loving husband, father, and grandfather. He was also a loyal friend. Throughout his life he took many trips with Kelly to the Amana Colonies in Iowa. He loved farming, the outdoors, and rebuilding cars, but his true passion was collecting and restoring collectible firearms.

He is preceded in death by his parents, brother, Daniel, and nephew, David Reuter.

To order memorial trees or send flowers to the family in memory of Karl George Reuter, please visit our flower store.