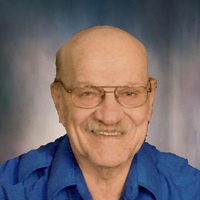 John Lloyd, age 71 of Amboy passed away with his loving children by his side Wednesday June 23, 2021. A memorial service will be held at 9am Saturday July 10 at Jackson Lake Lutheran Church with Rev. Todd Substad officiating. Visitation will be Friday July 9 from 5-8pm at Spencer-Owen Funeral Home in Winnebago. Burial will be at Jackson Lake Cemetery. Online condolences can be left at www.spencerowen.com

John was born July 16, 1949, in Mankato, MN to Ralph and Ima (Buckminster) Lloyd. He was one of 16 children. He grew up and graduated from Amboy. After high school, he went on to trade school, learning through on-the-job training how to be an iron worker. This was his passion and what he did his entire life. He worked for a few different companies and traveled all over the country working in agricultural, industrial and commercial buildings, structures and bridges. On July 4, 1980, he married the love of his life, Lynn Marie Anderson. Together they raised two children.

John also enjoyed woodworking and going to coffee every morning with the guys. He was known to be quite the prankster and had a great sense of humor. He was always willing to help out in any way he was needed, whether it was helping on a farm or fixing things he liked to keep busy.

He is preceded in death by his parents, his wife Lynn, sisters, Nyla, Lois and Alethea and Jessica; brothers, Tom, Jerry, Joe, James, Dale and Arlo; brothers-in-law, Clifford and Norman Anderson and sister-in-law, Arlene Anderson.

To order memorial trees or send flowers to the family in memory of John Lloyd, please visit our flower store.