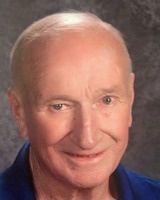 A Celebration of Life will be held from 5-7pm on Friday, August 20, 2021 at Spencer Owen Funeral Home in Winnebago. Guests are invited to come and go as they please and share memories of our beloved Jerry. Burial will take place at Fort Snelling National Cemetery on a later date.

Jerry was born on March 31, 1947 in Winnebago to Warren and Mary (Davidson) Cross. He attended Huntley High School and graduated in 1965. After graduation, Jerry attended some college before enlisting in the United States Navy. He served in the Navy for 4 years before moving back to Winnebago and working construction for Lovealls. Jerry would later join the Navy again and serve for another 16 years. Jerry married Teresa Krumholz in Winnebago on March 21, 1981. The couple had several great years together before Teresa’s passing in 1991.

Jerry was a great friend and family member. He enjoyed cribbage, bingo, pull tabs, and Hamm’s Beer. Jerry enjoyed his service in the Navy and was proud of his work.

Left to cherish his memory are his brothers, Jim (Linda) Cross of Parker, SD and John (Donna) Cross of Bolivia, South America; and numerous nieces, nephews, brothers & sisters in law, and friends.

Jerry is preceded in death by his wife, Teresa; brother, Roger Cross; sister, Maggie Ersted; and his parents.

To order memorial trees or send flowers to the family in memory of Jerry Dean Cross, please visit our flower store.