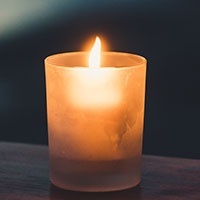 James Harlan Murphey, age 86 of Winnebago passed away at the United Hospital District in Blue Earth on Friday, November 8, 2019.

James was born on October 19, 1933 in Winnebago to John and Genevieve (Ash) Murphey. He attended Winnebago School. He served in the United States Army during the Korean War. James married Margaret Ahl on December 30, 1971. Throughout his life he worked many jobs, including carpentry, construction, and numerous manufacturing jobs.

He is preceded in death by his parents, son, Todd Murphey, and sisters, Audrey Murphey and Avis Ignaszewski.

Memorial services to be held at a later date.

To order memorial trees or send flowers to the family in memory of James Murphey, please visit our flower store.