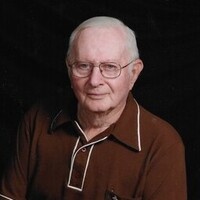 Gordon K. Martin, 90, of rural Winnebago passed away February 11, 2021. A celebration of Gordon’s life will be held Saturday, August 7, 2021, in the First Presbyterian Church Fellowship Hall in Winnebago at noon.

He graduated form Delavan High School in 1948, and married Donna Hyland on April 8, 1951, in the First Presbyterian Church of Winnebago, where he was a fourth generation and lifetime member. Together, Gordon and Donna raised their four children, Linda, John, Jim, and Bob on this original homestead.

Life was never dull with Gordon around, as all friends and family will agree. He was a people person; loved to travel the world and made friends wherever he went. Our dad wore many hats—primarily husband and father, which involved lots of advice and moral support.

Gordon served in several capacities in the Minnesota Soybean Growers Association; director and secretary in 1976, and as their president from 1976-1979. He had many interesting experiences that stemmed from those years, a couple of which he was most proud. He testified in Washington, DC twice; once before the Senate and House of Ag Committees helping to present petitions returning agricultural policy control to the USDA. A second time he testified before a House Ag subcommittee with Congressman Tom Hagedorn supporting his proposed federal crop insurance bill.

Gordon also worked in an advisory capacity to Minnesota Governor, Al Quie, from 1979 to 1983. During the early 80’s he helped his son, Jim, farm around Bonham, TX, and had an enterprise, Circle M Inc., in which he sold grain bins. He owned his own crop insurance agency with his daughter, Linda. Together, Gordon and Donna were crop adjusters, which took them all over the midwestern and southern states. With Jim, he made and sold DelMar Trailers in both Winnebago and Payson, AZ. Gordon also started Martin Sales in Winnebago where he bought and sold used cars, did specialty welding and manufactured trailers—this enterprise he later turned over to his son, Bob.

His favorite past-time was being surrounded by his wife, kids, grandkids, and great grandkids, especially when he could tell stories, share his always interesting opinions, and get the conversational pot boiling to sit back and enjoy the results!! Again, life was never dull around Dad!!

The family will be hosting a lunch and short program of memories in honor of Gordon’s unique and interesting life.

Memorials may be sent to the Bass Lake Cemetery Association or First Presbyterian Church, Winnebago.

To order memorial trees or send flowers to the family in memory of Gordon Keith Martin, please visit our flower store.