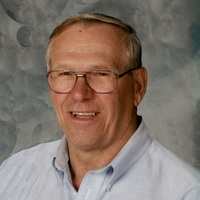 Gary Johnson, 79, of Winnebago, passed away on Wednesday, August 25, 2021 while surrounded by family after a courageous 6-year battle with cancer. Visitation will be Saturday evening from 4-6 PM at Spencer-Owen Funeral Home in Winnebago. Funeral Service will be Sunday, August 29, 2021 at 2 PM at Faith Lutheran Church in Delavan with Rev. Todd Substad officiating.  Additional visitation one hour prior to the service at the church.  Spencer-Owen Funeral Home is entrusted with arrangements. Www.SpencerOwen.com

Gary Dean Johnson was born February 18, 1942 in Mankato, Minnesota. He is the only child born to Ben and Marceline (Anderson) Johnson. He graduated with the Delavan High School class of 1960 and went on to attend the University of Minnesota, studying agriculture. On April 25, 1964, he was united in marriage to Shirley Malzahn.  To this union, two children were born. Together they farmed in the Delavan area.

Gary was a farmer through and through. He had crops as well as livestock and later in life, he was a crop insurance adjuster and supervisor until his health declined. Gary found joy in attending his grandchildren’s many activities and announcing for tractor and truck pulls.  He was an active member of Faith Lutheran Church in Delavan, serving on the council, as well as teaching Sunday school.  He spent 32 years serving on the Faribault County Fair Board.  He served on the Delavan Township Board, as well as many other committees and boards over the years. He will be missed for his caring personality and his selfless nature, always having a smile to those he met, not to forget his Good ol’ Norwegian humor telling Ole and Lena Jokes.

He is preceded in death by his parents and parents-in-law, Everett and Florence Malzahn.

To order memorial trees or send flowers to the family in memory of Gary Dean Johnson, please visit our flower store.