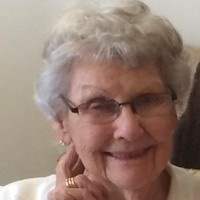 To protect the health and safety of all, services are currently being limited as required by state and local authorities and the CDC. Expressions of sympathy during this time can be left on the condolences page available with the obituary on our website. We also encourage you to view the video tribute and/or webcast of the service that may be available. Check the funeral home website for the latest COVID-19 update.

She married Ralph Whalin January 10, 1945 in McAlester, OK. They had three children together. They moved to Minnesota in 1952, where he was killed in an auto accident in 1954.

They lived in Winnebago where she worked in Special Ed at the school. Dale was an active leader for Brownies and Cub Scouts. She was a member of the Order of Eastern Star and the Legion Auxiliary. She was active at the First Presbyterian Church, where she was co-librarian for many years. She helped start the annual salad luncheon, chaired Cirlces, served on several committees, helped at Next to New, and with the newsletter.

Dale enjoyed golfing, playing cards, working crosswords, reading and doing crafts. She and Glen loved traveling together; they took many camping trips and spent several winters in The Hill country in Texas.

She is preceded in death by her husband Glen, her daughter Sandra and 2 brothers.

A memorial service will be held at a later date. Online condolences can be left at www.spencerowen.com

To order memorial trees or send flowers to the family in memory of Elma "Dale" Pinney, please visit our flower store.