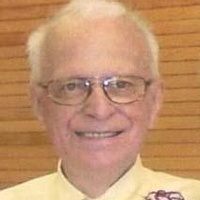 Dwight Duane Johnson, age 86, of Winnebago, passed away Thursday, September 7, 2017, at St Lukes in Blue Earth. Memorial services will be held on Saturday, September 16, 2017, at 1:00 PM, at First United Methodist Church in Winnebago, with Rev. Durene Cornell officiating.  Burial will be in Lura Cemetery.  Visitation time will be from 11:00am-1:00pm Saturday September 16, 2017 at the church. Web tributes may be left at www.spencerowen.comDwight was born June 9, 1931, in Jo Daviess Township, MN, the son of A. Yale and Agnes (Davis) Johnson. He graduated from Delavan High School in 1949. After school Dwight joined the United Sates Marines and was on his way to the Korean Conflict when it ended “He scared them off”. On September 11, 1954 he married the love of his life Ruth M. Brenckman in Blue Earth.He was a member of the Delavan United Methodist until it closed in 2013, American Legion, NFO, and Jointer Union #766. He also loved to travel, but most of all he enjoyed spending time with his family.Dwight is survived by his son, Craig (Jan) Johnson of Hutchinson, son, Todd (Joleen) Johnson of Easton, sister in law, Donna Christensen of Lady Lake, FL, 9 grandchildren, and 12 great grandchildren.Dwight was preceded in death by his wife Ruth, son, Mark Bradley Johnson, parents, sister, Ellen (Maynard) Johnson, brother, Forrest (Pat) Johnson.In Lieu of flowers a memorial has been established to St Lukes or Lura Cemetery.
To order memorial trees or send flowers to the family in memory of Dwight Duane Johnson, please visit our flower store.