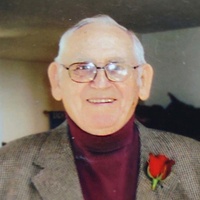 Duayne I. Day, loving father, grandfather, and family man, of Winnebago, formerly long term resident of Amboy, passed away on January 12, 2022 at the age of 92. A Celebration of Life will be held from 12-3pm on Tuesday, January 18, 2022 at Spencer Owen Funeral Home in Winnebago. A prayer service will begin at 2pm. Burial with military honors will take place at Pleasant View Cemetery in Amboy.

Duayne was born in Amboy on November 20, 1929 to Ida and Hubert Day. He graduated from Amboy High School and enlisted in the Air Force. Duayne married his first wife, Stella who passed in 1984. The couple was blessed with twin daughters, Debra and Darla. He later married his second wife, Donna, who passed away in 2020. She had two daughters from a previous marriage, Ann and Pamela.

Duayne was in the Air Force for 21 years before his retirement. He then moved his family back to Amboy, where he became the high school custodian, working at the school for 15 years. Duayne also drove for VINE for 10 years before officially retiring.

He is preceded in death by wives, Stella and Donna; and granddaughter, Amy Green.

To order memorial trees or send flowers to the family in memory of Duayne I. Day, please visit our flower store.