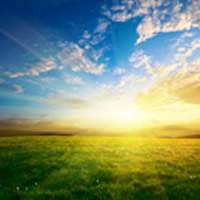 Frank Richard “Dick” Rose, Of Amboy, passed away on Tuesday, October 5, 2021 at the Mapleton Community Home in Mapleton at the age of 88.   Visitation will be from 5-7 PM on Sunday evening at the Spencer-Owen Funeral Home in Winnebago.  Memorial Service will be on Monday, October 11, 2021 at the First Presbyterian Church in Amboy at 10 AM with Tina Haroldson officiating. Due to the COVID-19 Pandemic, the family requests that masks be worn by those in attendance.  Additional visitation one hour prior.  Burial will take place in Sterling Cemetery, Amboy. Spencer-Owen Funeral Home is entrusted with arrangements. www.SpencerOwen.com

Frank Richard Rose, was born April 16, 1933 in Mankato MN to Frank Lewis and Zella Marjorie (Keith) Rose.  He was one of three children.  Richard went to school in Amboy, graduating in 1952 and attended the University of Minnesota School of Agriculture, graduating in 1954. He married Janet Evans on March 10, 1957. They were blessed with 4 children. Dick was a substitute mail carrier after his father passed away in 1954.  He became a full-time mail carrier in 1981 and continued until retirement in 1999. He began farming west of Amboy in 1956 and was still active in the farming operation until his passing.

Dick was lifetime member of the First Presbyterian Church of Amboy, he served as session member and Deacon.

Dick was preceded in death by his parents; and brothers, Keith and Robert (Donna) Rose.

In lieu of flowers, donations requested to the Amboy First Presbyterian Church.

To order memorial trees or send flowers to the family in memory of Dick Rose, please visit our flower store.