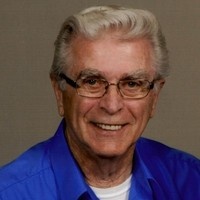 Dennis “Denny” O’Neil, 76, of Winnebago, passed away peacefully on January 6, 2020. Visitation will be Thursday, January 9 from 5 to 7 PM at Spencer-Owen Funeral Home. Mass of Christian Burial will be Friday, January 10 at 10:30 AM at St. Mary’s Catholic Church with Father Brian Mulligan officiating. Interment will follow at Calvary Cemetery in rural Delavan. Spencer-Owen Funeral Home in Winnebago is entrusted with arrangements. www.spencerowen.com

Denny was born June 18, 1943 in Winnebago to Francis John “White” and Virginia Mae (Springer) O’Neil. He was the third of six children. He graduated from Delavan High School in 1961. On January 19, 1963, he married Linda Perrine, together they had four children. Denny was a truck driver for most of his life. After his retirement he took great pride in assisting with services at Spencer-Owen Funeral Home. Denny had many loves in his life including the car races in Fairmont, playing cards with his family, making fudge (without nuts), going to rodeos and most of all his great-grandbabies, grandbabies and his children.. in that order. He was an active member at Saint Mary’s in many capacities, including being a Sacristan and a member of the church choir.

He is preceded in death by his parents, brothers Jerry and Kiernan O’Neil.

In lieu of flowers please consider a gift to a charity of your choice.

To order memorial trees or send flowers to the family in memory of Dennis O'Neil, please visit our flower store.