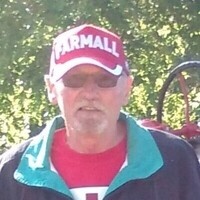 Visitation for Dennis Richard Lynch, age 68, of Winnebago will be Friday August 28, 2020 from     3-6 pm at Spencer Owen Funeral Home in Winnebago, MN. A prayer service will begin at 5:30. Burial will take place at Ft. Snelling National Cemetery with full honors at a later date.

Dennis was born on May 31, 1952 to Warren and Lorraine (Swanson) Lynch in Minneapolis, MN.

After graduating high school, he was drafted by the Army in 1972 and proudly served his country until 1974 at the Pentagon working for the Joint Chiefs of Staff. On November 20, 1998 he and Susan Hervey (Strohmayer) were married in Las Vegas, NV and along with her son Adam they began their lives together.

Den was a very hard worker, loved being active and getting things done. He was organized, detailed oriented and worked as a machinist at Deluxe Check in Shoreview, MN for many years. Den retired from Carlson Craft in Mankato five years ago.  He could fix, maintain and build just about anything, and loved working with his Farmall H tractor.

Den dearly loved his family and friends, and his pup Lily.  Den and Sue enjoyed camping in their motorhome, especially with family at Centerville and with their grandkids at Stoney Creek in Wisconsin. They moved to Winnebago in 2001 from Blaine, MN.

Dennis is preceded by his parents, his parents-in-law, brother-in-law Mark Strohmayer and sister-in-law Deb Lynch.

To order memorial trees or send flowers to the family in memory of Dennis Lynch, please visit our flower store.