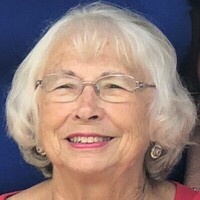 Deanne Eunice was born on October 9, 1939 in Faribault County, to Karl and Edna (Martin) Weise. She graduated from Delavan High School and Mankato Commercial College. She worked as a banker at Farmers State Bank in Delavan for 36 years. She also worked as a homemaker and was a loving mother. Deanne enjoyed riding snowmobiles, dancing, tending her multiple beautiful gardens, attending concerts, musicals, and plays, and browsing through flea markets. She was a member of Hope United Methodist Church, on several church committees and was a volunteer coordinator at DHS.

She is preceded in death by her parents, Karl and Edna and her son, Sheldon Wallace on January 9, 2022.

Visitation for both Deanne and Sheldon will be held from 4-7pm on Saturday, February 5, 2022 Spencer Owen Funeral Home in Winnebago.

A funeral service honoring the lives of both Deanne and Sheldon will be held on February 6 at Hope United Methodist Church in Blue Earth at 1 pm with visitation one hour prior to services at the church.  Burial will be at a later date in Rice Lake Cemetery.

In lieu of flowers, memorials may be sent to Rice Lake Cemetery, Winnebago Ambulance,  Delavan First Responder  or charity of your choice.

To order memorial trees or send flowers to the family in memory of Deanne E. Wallace, please visit our flower store.