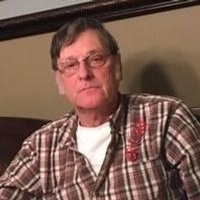 David Springer, age 68, of Winnebago, took his walk of honor Friday, November 23, 2018, at Mayo Clinic Health Systems Mankato, with his family at his bedside when he lost his battle with cancer.

Visitation time will be from 5:00pm to 7:00pm Tuesday, November 27, 2018, at Spencer Owen Funeral Home, 345 6th Ave SE in Winnebago, and one hour prior to the service at the church.  Funeral services will be held on Wednesday, November 28, 2018, at 11:00 AM, at Winnebago First United Methodist Church in Winnebago, with Rev. Russ Jacobsen officiating.  Burial will be in Rice Lake Cemetery in Delavan Township.  Web tributes may be left at www.spencerowen.com

David was born December 16, 1949, in Winnebago, the son of Severn and Margaret Carmen (Barrer) Springer. He graduated from Huntley High School in 1967. In 1970, he was drafted into the United States Army, serving in Vietnam from 1970-1971 earning the Combat Infantry Badge, Bronze Star, and the Purple Heart. On October 20, 1973 he married Debra Ann Theuer in Winnebago.

David enjoyed farming, sprint car racing and most of all spending time with his grandchildren and family.

My grandpa was my partner in crime, my hero, and always did what’s right never wrong. Even though I lost him I will see him again. He’s better than ever. Love you grandpa!!! From Mak

To order memorial trees or send flowers to the family in memory of David Springer, please visit our flower store.