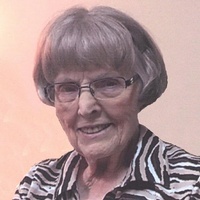 Darlene D. Oliver age 87 of Winnebago passed away on September 15, 2018 in Blue Earth. Visitation will be from 5-7 PM on Wednesday September 19, 2018 at Spencer-Owen Funeral Home in Winnebago. Memorial Service at 11 Am on Thursday at Winnebago First United Methodist Church. Visitation one hour prior.  Inurnment at Rosehill Cemetery, Winnebago. Spencer-Owen Funeral Home is assisting the family with arrangements. www.SpencerOwen.com

She was born January 28, 1931 in Thief River Falls, MN, the daughter of Roger LW and Arva (Putman) Dooley. She graduated from Winnebago High School in 1948. She married Vernon Oliver on May 5, 1951 at the Methodist Church Chapel in Fairmont, just prior to Vernon leaving for the Korean war. To this union 3 children were born. She was a member of the First United Methodist Church in Winnebago, she had been the secretary for the UMW for a few years, also worked for B & L Manufacturing in Winnebago doing office work for 25 years before retiring. She was a resident of St. Luke’s Lutheran Care Center since 2014.

Preceded in death by her parents, husband Vernon in 2015 and two brothers.  Memorials requested to St. Luke’s Lutheran Care Center, in Blue Earth.

To order memorial trees or send flowers to the family in memory of Darlene D. Oliver, please visit our flower store.