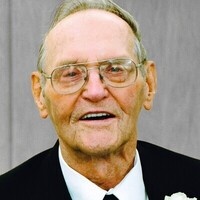 In order to keep our cherished family and friends as safe as possible, a private family service will be held at Pleasant View Cemetery with Rev. Rudy Maurer Jr officiating, which can be viewed on the funeral home website at 2 p.m. on Friday December 4, 2020 and will also be recorded for later viewing. Spencer-Owen Funeral Home is entrusted with arrangements.  www.SpencerOwen.com

In lieu of flowers, memorial contributions may be made to St. Paul's Lutheran Church in Amboy or Pleasant View Cemetery.

Claus attended country school in Shelby township and farmed with his father.  He served in the Army in Korea from 1950-52 during the Korean Conflict.  Junior was united in marriage to Jean Madsen on March 9, 1957 at Our Savior's Lutheran Church in Winnebago.  Junior enjoyed farming with his brother Edwin for over 17 years and continued to farm until he retired at the age of 62. He watched his son Ken take over the farming operation with great pride and interest, particularly during the fall harvest.  Hunting and snowmobiling were favorite pastimes, as well as going out on Saturday nights with Jean and their dear friends for dancing and socializing.  Junior was competitive and valued times spent shooting pool and playing cards, particularly 500 and buck euchre.  The last 25 winters were spent with Jean at Rio Valley Estates in Weslaco, TX, including this past winter. He loved his family, his church, his farm and his community.

To order memorial trees or send flowers to the family in memory of Claus "Junior" Kaduce Jr., please visit our flower store.