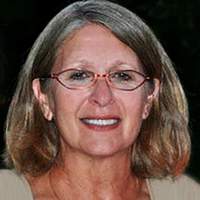 Carol passed away on May 9, 2022 at the age of 73 surrounded by loved ones after a courageous battle with cancer. Carol was born in Fairmont to Mark and Ardella Krumholz on December 24, 1948. She graduated from Fairmont High School in 1967. In 1972, Carol married Kim Garletz. The two just celebrated their 51st wedding anniversary in April. Carol made her home in Winnebago where she worked as an optometric assistant for over three decades. Carol and Kim have two children, Annalee and Joe.

Carol loved bonfires, wiener roasts, camping, road trips, reading, and traveling to the mountains or the ocean. Life was an adventure for Carol. Everyone loved to be around Carol and her joyous smile. She has many cousins, all of which she deeply adored. Her granddaughters Grace and Vada were the light of her life.

Carol was preceded in death by her parents Mark and Ardella Krumholz, her sister Connie (Krumholz) Krahmer and brother-in-law Rick Krahmer.

In lieu of flowers, the family requests memorials be made to the Blue Earth United Hospital District – Hospice, or to the Genesis Classical Academy in Winnebago, MN.

To order memorial trees or send flowers to the family in memory of Carol Garletz, please visit our flower store.