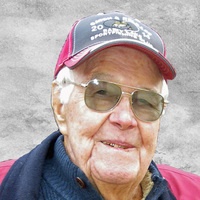 Carlton Leroy Eastvold, age 93, lifelong resident of Winnebago, Minnesota, passed away on April 7, 2022. Born on June 7, 1928, on his family’s farm place in Winnebago Township, Faribault County, Minnesota, Carty spent the first years of his life attending country school and living on the farm with his father Clarence and mother Maryette (Holloway) Eastvold and six brothers and sisters. After country school, he attended Winnebago High School, where he played football and met the love of his life, Thelma Hicks. They were married in 1946 at the Methodist Church parsonage in Winnebago, and their romance lasted all the rest of his life.

Carty began his career in steel fabrication at Fred P. Hicks Machine Shop in Winnebago, his father-in-law’s business. When his father-in-law sold the shop in 1957, Carty became the president and manager and named the business Winnebago Manufacturing, Inc., where he was employed until 1982 when he retired.

Carty was a Winnebago volunteer firefighter for 20 years and served as Fire Chief for 13 years. He also served on the Winnebago Development Corporation. An avid hunter and fisherman with a passion for the outdoors and wildlife, Carty loved spending summers at the family cabin and on Lake Kabetogama and the Rat Root River “in God’s Country” near Ray, Minnesota. After his retirement in 1982, Carty and Thelma spent several years traveling to Padre Island in the winter and enjoyed their summers at the cabin. While at their cabin, they enjoyed many friendships and were active at the Kabetogama United Methodist Church. He was also a member of the First United Methodist Church of Winnebago.

Memorial services will be held at a later date.

To order memorial trees or send flowers to the family in memory of Carlton "Carty" Eastvold, please visit our flower store.