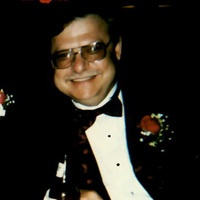 Brian Roy Eastman, 69 of Winnebago passed away Sunday January 26, 2020 at the United Hospital District in Blue Earth. A memorial service will be held Thursday January 30th at 11am at the First Presbyterian Church in Winnebago with Rev. Daren Barnett officiating. Visitation will be Wednesday January 29 from 5-8pm at Spencer-Owen Funeral Home and continues one hour prior to the service at the church. Burial will be at a later date. The family has entrusted Spencer-Owen Funeral Home of Winnebago and online condolences can be left at www.spencerowen.com

Brian was born April 27, 1950 to Armund and Bernadine (Crowell) Eastman in Albert Lea, MN. He attended and graduated from Wells-Easton High School in 1968 and then attended South Central Vocational School. He held many jobs as a salesman in agriculture and it came very natural to him. He was a great storyteller and was always able to get and keep people’s attention with his wit and sense of humor. Brian was also a giver, he supported his community by serving on the Freeborn and Gibbon Fire Dept. as a fireman and EMT, but it also went beyond that as he was always willing to help those in need on and off the “clock”. He was a member of the First Presbyterian Church serving on the council and administration committee. He also enjoyed riding motorcycle, hunting and fishing.

Memorials to UHD Hospice and the Winnebago Fire and Ambulance are preferred.

To order memorial trees or send flowers to the family in memory of Brian Roy Eastman, please visit our flower store.