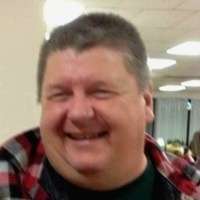 Bradley Alan Stauffer, of Winnebago, age 59 passed away September 20th, 2021. The visitation will be held at the Spencer-Owen funeral home, 345 6th Ave SE, Winnebago, MN on Monday, September 27th, 2021, from 5-7 PM. The Funeral will be held at the former Methodist Church (109 Cleveland Ave W) in Winnebago, MN at 1 PM on Tuesday September 28th, 2021. Additional visitation one hour prior to the service. Burial will take place after the funeral at Basey Cemetery, with a reception to follow at the Methodist Church. Spencer-Owen Funeral Home is entrusted with arrangements. www.SpencerOwen.com Brad was born to Al and Joanne Stauffer on November 20th, 1961, in Winnebago. He grew up on the family farm with his two brothers. Brad attended the Winnebago school system. He was in many extracurricular activities such as: band, playing trombone, football, and wrestling. After graduating high school, he went on to college, obtaining his bachelor’s degree. He then joined the United States Army where he served until getting medically discharged. After being discharged, he moved on to being an electrical engineer for 20 years, and a truck driver for another 18 years with Darling International. He welcomed his son Reed into the world on March 15th, 1987. On May 22nd, 2004, he married Heidi Alcott on the family farm. Brad enjoyed spending his free time with his son and close friends going back packing, mountain biking, snowmobiling, hunting, and fishing. Brad loved making people smile, especially, his wife, Heidi. He would often be goofy and make her laugh and scream on their four wheelers rides. Another favorite past-times was by telling elaborate stories. And each time they were heard, they would become more and more elaborate. Just ask about the 3-wheeler story. Brad, also, had a soft spot for his nieces and granddaughter. He could never say no whenever they would bat their eyes at him and say, “Uncle Brad!” or “Papa.” Brad is survived by his loving wife of 17 years, Heidi (Alcott) Stauffer; son, Reed (Kaitlyn (Enevold)) Stauffer and their daughter Avera Stauffer; father, Al Stauffer; brothers, Dan (Holly) Stauffer and Dave (Sherry) Stauffer; Nieces and nephew, Talicia Koester (Kyle) and family, Kinsey (Matt) Crosby and family, Randi (Joe) Garletz and family, Chelsi Rhodes (Leo), and Justin Stauffer; Mother of his son, Catherine (Phipps) Stauffer; father-in-law, Robert Lee-Hoy; sisters-in-law, Heather (Caleb) Alcott and Hope (Mark) Alcott; best friends, Tim Crosby, Bevin (Theresa) Schrupp, Kevin (Kim) Poole and Jerome (Pauline) Braulick; and fur baby: Soda. Brad is preceded in death by mother, Joanne Stauffer; mother-in-law, Ramona “Monie” Alcott (Ritter); father-in-law, Jan Alcott and Fur baby, Shasta. Cards and/or memorials may be sent to Heidi Stauffer 22246 338th Ave Winnebago, MN 56098.
To order memorial trees or send flowers to the family in memory of Bradley Alan Stauffer, please visit our flower store.