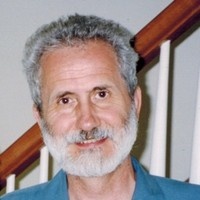 Robert James Hawks passed in peace on January 11th at the age of 77.  Bob was born February 10, 1942, to Irma and Clio (Buck) Hawks in Mankato, Minnesota.  He attended Winnebago schools, the University of Minnesota, and Illinois College of Optometry. Bob was married to Gloria Marie in 1962 and they had four children together.

Bob launched a successful optometry practice in Chicago.  In the early 70’s he transitioned to a career in Information Technology and moved to California where he spent the remainder of his life. Bob was dedicated to his career and managed worldwide IT Operations for a global organization.  He was extremely intelligent, yet so humble and rarely spoke of his many achievements.

Bob was a life-long learner, avid do-it-yourself home improvement hobbyist, history buff, beach lover, and world traveler.  He was the guy who went out to get a cup of coffee and delighted in bringing back coffee and donuts for all. He was kind to family and strangers alike. Bob loved nothing more, than to enjoy an evening of good laughs and a so-so beer with friends and family. He was a loving son and brother, a caring husband, and wonderful father and grandfather.

He is survived by his four children, Michael, Steven, Lisa and Mark; his four grandchildren, Shelby, Allison, Michael Jr. and Robbie; his siblings, Carol Smith and Bil Hawks; first wife Gloria as well as extended family.

Bob was preceded in death by his second wife, Elizabeth Simpson; his parents; and sister, Sherin Rose.

To order memorial trees or send flowers to the family in memory of Bob Hawks, please visit our flower store.