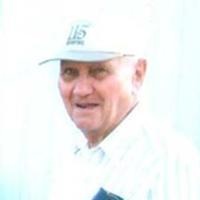 Orvin K. Schneeberger, age 86, of Amboy, died Friday, January 27, 2017, at Mapleton Community Home. Funeral services will be held on Tuesday, January 31, 2017, at 10:00 AM, at St. Paul Lutheran Church in Amboy, with Rev. Rudolph Maurer officiating. Burial will be in St. Paul Lutheran Cemetery, Amboy. Visitation time will be one hour prior to services at the church. Spencer Owen Funeral Home of Winnebago is assisting the family with the arrangements. Web tributes may be left at www.spencerowen.com Orvin was born August 19, 1930, at Pleasant Mound Township, Amboy, MN, the son of Harry and Betsy (Haugen) Schneeberger. He grew up in the Amboy area where he attended school. He helped on his family farm for several years before entering the U.S. Army. After returning from the Army, Orvin returned to the family farm. Orvin owned and operated the family farm for over fifty years before retiring in 2010. Orvin was a devout Christian and attended services every Sunday at St. Paul Lutheran Church in Amboy, MN. In his spare time, Orvin enjoyed trapping, hunting, fishing, and ice fishing. He especially enjoyed his fishing trips up to Lake-of-the-Woods. Orvin is survived by his sister, Virgeen (Robert) Sears of Rohnert Park, CA., his brother, Warren (Joyce) Schneeberger of East Gull Lake, MN, and six nieces and nephews. He was preceded in death by his parents, brother, Harlan and a sister, Genevieve Boeck.
To order memorial trees or send flowers to the family in memory of Orvin K Schneeberger, please visit our flower store.