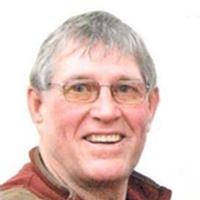 David G. Anderson, 71, of Winnebago died Saturday, December 24th, 2016 at Truman Senior Living Center. Funeral services will be held on Saturday, December 31st at 10:30 am at the Baptist Church in Winnebago with Rev. Daren Barnett officiating. Burial will be at Rosehill Cemetery following the service. Visitation with be one hour prior to the service held at the church. Web tributes may be left at www.spencerowen.com. David was born on April 26, 1945, in Winnebago, the son of George and Berniece (Holz). He was a 1963 graduate of Huntley High School and was an All-State Football Player. He attended Mankato State University where he received his Bachelor of Science Degree in Teaching. After graduating he farmed in the Huntley area, worked for Green Giant, and Kerry until 1992. From 1992-2009 he worked at Kenny Hoffman Construction, Willard Construction, Southern Minnesota Construction (SMC). David retired in 2009 where he enjoyed following his children and their sports and activities. David loved doing yardwork and flower and vegetable gardening. He was also a huge Minnesota sports fan and enjoyed following the Twins, Vikings, Gophers, and the Wild. David is survived by his daughter, Keri Murphy of Fairmont, and her husband Markus along with their two daughters Brooklyn and Kennedy; son Garrett Anderson of Blue Earth; daughter Ashley Anderson of North Mankato; sister Carolyn Anderson of Winnebago; brother Dennis (Marjorie) Anderson of Slayton; along with many nieces and nephews. He is preceded in death by his parents, sister, and infant niece and nephew.
To order memorial trees or send flowers to the family in memory of David George Anderson, please visit our flower store.