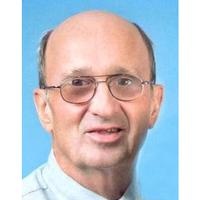 James “Jim” Douglas Stevens, age 74, of Amboy, died Tuesday, November 8, 2016, at Pathstone Memory Care in Mankato. Funeral services will be held on Tuesday, November 15, 2016, at 11:00 AM, at First Presbyterian Church in Amboy, with Rev. Elaine Boyd officiating. Burial will be in Pleasant View Cemetery, Amboy. Visitation time will be from 5:00pm - 7:00pm Monday, November 14, 2016 at Spencer Owen Funeral Home, 345 6th Ave SE in Winnebago, and one hour prior to the service at the church. Web tributes may be left at www.spencerowen.com Jim was born June 3, 1942, in Winnebago to George Laurence and Dora (Stiles) Stevens. The youngest of three children, Jim spent his childhood and adolescence on the Stevens Family Farm directly west of Amboy where he learned the value of hard of work, importance of family and the tenets of the Christian faith. Many happy summers were spent at his parents’ cabin near Cohasset, MN. After graduating high school in 1960, Jim attended Mankato Business School and received his associate’s degree in business. After a short stint in the Army Reserves, Jim returned to Amboy and began working at Stevens Motor Company with his father. On a wintery day in 1964, Marilyn Schwanke of Vernon Center walked into the dealership looking to purchase a new Ford Fairlane and ended up meeting the man she would later marry. On July 23, 1966, Jim and Marilyn were married at St Peter’s Lutheran Church in Vernon Center. Jim and Marilyn lived in Amboy where Jim became the sole owner of Stevens Motor Company. After closing the dealership, Jim went to work for Carlson Craft in North Mankato. Jim was a devoted father raising two children, Randy Stevens and Kristine (Stevens) Ziegler. Jim was an active member of the Amboy Lions Club, Amboy City Counsel, and various church boards. Jim loved to be outside and took great interest in maintaining a well-kept yard. In the early 1980’s when Dutch elm disease killed the majority of elm trees in Amboy, Jim was instrumental in removing the dead trees and replanting healthy trees. He also loved music, particularly playing the piano and listening to his records and later CD collection, which was meticulously organized. He also loved to swim and whenever on vacation wouldn’t pass up the chance to spend a few hours enjoying the available pool. A kind heart, generous spirit and a unique sense of humor, Jim will be greatly missed by all those who had the honor of knowing him. Jim is survived by his wife, Marilyn Stevens of Amboy, son, Randy (Kristin) Stevens of Albuquerque, NM, daughter, Kristine (Eric) Ziegler of Farmington, MN, brother, Larry (Janice) Stevens of Amboy, sister, Barbara (John) Toay of Pasadena, CA, grandchildren, Meredith and Wyatt Ziegler of Farmington, MN. He was preceded in death by his parents.
To order memorial trees or send flowers to the family in memory of James "Jim" Douglas Stevens, please visit our flower store.