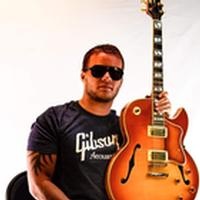 Tanner Lee Goodrich, the son of Clint and Ruth Goodrich, was born on October 18, 1989 in Albert Lea, MN. He passed away unexpectedly on August 9, 2016 at the age of 26 in a tragic car accident near Delavan, MN. Funeral Services for Tanner will be held at 11AM, Saturday, August 13 at Our Lady of Mt. Carmel Catholic Church in Easton, MN, with Deacon Gene Paul presiding. Visitation beginning with a prayer service will be from 5-7PM on Friday, August 12 at Spencer-Owen Funeral Home in Winnebago, MNand one hour prior to the service. Web tributes for Tanner may be left at www.SpencerOwen.com. Tanner grew up in Nebraska and spent most of his time in Beatrice, NE and Lincoln, NE. He moved to Minnesota shortly after his high school graduation. During his high school years Tanner was an avid football player and wrestler but his real passion was music. He was extremely talented at playing his guitar and took it with him where ever he went. Tanner will always be remembered playing his guitar and being a comedian. He had a huge heart and lived every day to the fullest. His goofy laugh will be missed dearly by his family and friends. Tanner is survived by his parents, Clint and Ruth Goodrich; his brothers, Jonathan Goodrich, Matthew Goodrich, Tyler Goodrich, Trenton Marks, and his brother in law Tony Johnson; his sisters, Sabrina Johnson, Ashley Goodrich and Brittany Goodrich. He also left behind many nieces and nephews, grandparents, aunts and uncles, cousins, and friends. He is preceded in death by his great grandparents. Memorials preferred.
To order memorial trees or send flowers to the family in memory of Tanner Lee Goodrich, please visit our flower store.

Our Lady Of Mt. Carmel