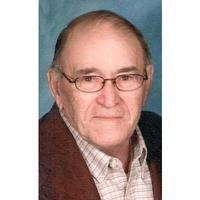 Maurice Dale Riley, 86, Amboy, MN died on July 1, 2016. Funeral services with military honors will be held on Wednesday, July 6, 2016 at 10:30 A.M. at St. Paul's Lutheran Church in Amboy with Reverend Rudolph H. Maurer, Jr. officiating. Visitation will be at the Spencer-Owen Funeral Home in Winnebago, MN on Tuesday, July 5, 2016 from 5:00 to 8:00 P.M. and one hour prior to the service. Interment will follow at the Pleasant View Cemetery immediately following the service. Maurice was born March 30, 1930 on the family farm. His parents were Floyd and Margaret (Dobie) Riley. He attended the Willow Creek Country School, District 125, until the eighth grade. He then attended Amboy High School graduating in 1948. Maurice enlisted in the Navy in 1948 and was Honorably Discharged on February 27, 1950. He was called back to duty on August 11, 1952 and Honorably Discharged on March 17, 1954. He then married Eileen Wendt on September 9, 1955. Maurice had a passion for farming and was proud that he could own the family Century Farm. His one true hobby was fishing, which he took very seriously and was enjoyed with his family on several family vacations. He was a proud member of the Amboy American Legion for 61 years. Maurice is survived by his wife, Eileen of Amboy; children, Michael (Cathy) Riley, Amboy, MN, Lynne (Ken) Lentz, Amboy, MN, Lori Riley, Mankato, MN, Mitchell (Christina) Riley, Holmen, WI; grandchildren, Dusty (Tina) Riley, Ross Riley, Abigail Lentz, Morgan (Andrew) Karels, Emily Riley, Riley Schock, Kadyn, Brooklyn, and Colyn Riley; great-Grandchildren, Alexis, Greyson, Madelyn, and Corbin; and sister, Betty More, Blue Earth, MN. He was preceded in death by a daughter, his parents, a sister, a nephew, and his in-laws.
To order memorial trees or send flowers to the family in memory of Maurice Dale Riley, please visit our flower store.