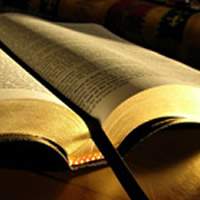 Mildred McShane, of Vernon Hills, IL passed away at the age of 99 on May 10, 2016, surrounded by her family. She grew up in Mapleton, MN, daughter of Mark and Elta (Drews) Stroebel. A graduate of Brady & Rogers Beauty School in Minneapolis, she eventually became the owner of the Lady Fair Beauty Shop in Winnebago, MN. She married Robert McShane in 1940 and they raised their family in Winnebago. Over the six decades she lived there, she was active in several civic and church activities and was an avid golfer at their local course. In 2001, she and her husband moved to a retirement home in Illinois. Mrs. McShane was preceded in death by her husband Robert, grandson Michael, and brother Leslie Stroebel. She is survived by her sons Michael McShane, James McShane (Kelly), and Patrick McShane (Claudette), as well as eight grandchildren, twelve great-grandchildren, and three nieces. She will be buried next to her husband in St. Mary’s Catholic Cemetery in Winnebago at 11:30 AM, Sunday May 29, 2016.
To order memorial trees or send flowers to the family in memory of Mildred E. McShane, please visit our flower store.