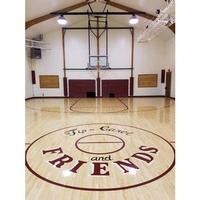 Garry William Tipler, age 83, of Winnebago, died peacefully on Sunday, May 22nd, 2016. Funeral services will be held on Friday, May 27, 2016, at 11:00 AM, at St Paul’s Lutheran Church in Amboy, with Rev. Rudy Maurer officiating. Military interment will be 10:00am, Saturday, June 4, 2016 at the Pleasant View Cemetery, Amboy. Visitation time will be from 5:00pm-8:00pm Thursday, May 26, 2016 at the Winnebago School Gym 132 1st Ave SE in Winnebago, and 1 hour before the service at the church. Web tributes may be left at www.spencerowen.com He was born August 29th, 1932 to parents Harry and Nellie at their home in Amboy, Minnesota. He grew up with his younger brother, Roger, and graduated from Amboy High School in 1950. Shortly prior, Garry enlisted in the United States Marine Corps, proudly serving for three years and completing a full tour of duty in Korea. Upon his return, he met the love of his life while boating on Bass Lake - Carol Burk. They were married on September 29th, 1957, at Saint Paul's Lutheran Church in Amboy, where he remained a faithful member until his passing. For the next 40 years until his retirement, Garry worked as a lineman for Interstate Power Company. In the years that followed, Garry centered his life around the two things that brought him the most joy: His wife, Carol, and the game of basketball. Together, he and Carol enjoyed traveling, reading, spending time with their dogs, and supporting his fellow gym rats at basketball games across Southern Minnesota. Until his early 60s, Garry continued to play basketball competitively, forming friendships that would span his lifetime. In 1990, he and Carol built Tips Gym, and have kept their doors open to the community ever since. Garry will be remembered by the many people whose lives he touched, young and old, for his generosity, faith, and love for his family, friends, and the game of basketball. He is survived by his wife of 58 years, Carol, brother, Roger (Ellen) Tipler. Garry is preceded in death by his father and mother, Harry and Nellie Tipler, mother and father in-law Evelyn and Thomas Burk.
To order memorial trees or send flowers to the family in memory of Garry William Tipler, please visit our flower store.