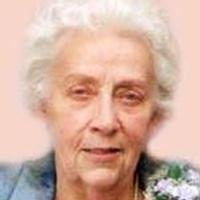 Delores “Peggy” Cyphers, 86, of Winnebago passed away April 26, 2016 at her home, with her son by her side. Funeral Service will be 10:30 AM Monday, May 2, 2016 at the Lutheran Church of Our Savior in Winnebago. Visitation will be 4:00 – 6:00 PM Sunday, May 1, at the Spencer-Owen Funeral Home of Winnebago. Interment will be in the Riverside Cemetery of Blue Earth. Peggy was born September 11, 1929 to Cecil and June (Nelson) Smith in Blue Earth Township. She graduated from Blue Earth High School and attended Normal School to become a rural teacher. On July 9, 1950 Peggy married Alvin Cyphers, and together they raised their three boys. Peggy was involved with the garden club and was very proud of her own garden. She loved horses, milking cows, and time with her grandchildren and great-grandchildren. She will be remembered for her wonderful home cooked meals and her generosity and service to everyone in her life. She is survived by her sons, Dr. Mike (Marletta) Cyphers of Chatfield, Steve (Gayle) Cyphers of Hudson, WI, and Scott Cyphers of Winnebago; grandchildren, Dr. Justin (Chelsey) Cyphers, Alyssa (Dr. Jake) Morgan, Jennifer (Calvin) Howard, Trevor (Hannah) Cyphers and Jared (Leslie Lloyd) Cyphers; great-grandchildren, Jordyn and Taylor Howard, Elliana, Cadence and Davis Morgan; sisters, Joanne (Charles) Koehler and Carol Adams. Peggy was preceded in death by her parents; husband of 44 years Alvin, and infant brother.
To order memorial trees or send flowers to the family in memory of Delores "Peggy" Cyphers, please visit our flower store.