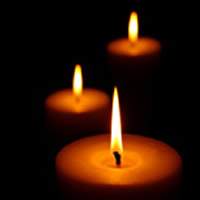 NORMAN WALTER KNAAK, age 76, of Winnebago, died Monday, October 26, 2015, at United Hospital District. Graveside services will be held on Saturday, November 21, 2015, at 10:00 AM, at Riverside Cemetery in Winnebago, with Rev. Durene Cornell officiating. Web tributes may be left at www.spencerowen.com Norm was born May 2, 1939, at Sauk Centre, the son of Rudolph and Ida (Heideman) Knaak. On November 17, 1979 he married Kathryn Ann Foster in Winnebago. He was the owner of Norm’s Small Engine repair in Winnebago for many years. He is survived by his step-daughters, Brenda Bettin of Fairmont, Jody Majeski of Nevis, MN, his step-son, Mike (Lisa) Marks of Blue Earth, his sister, Marlene Wilds, 7 grandchildren, numerous great grandchildren. He was preceded in death by his wife Kathryn, parents, and brother-in-law, Don Wilds
To order memorial trees or send flowers to the family in memory of Norman Walter Knaak, please visit our flower store.